When a person gets up and goes to work each day, they are one day hoping to be called into their boss's office on good terms.  The worker is hoping the meeting will contain a statement like "We are really impressed with your work, attendance and productivity! We are increasing your salary by X% or giving you a bonus over Y dollars".  Then the worker wakes up as this happens only in their dreams in most cases. Raises at work are becoming more difficult regardless of how hard a person actually works.

Businesses in this economy have more issues to deal with that affect their bottom line. Examples are  an increase to the minimum wage  and the carbon tax.  In some provinces the percentage of carbon tax has increased on Jan 1 2018.  The more expenses to deal with, the less likely that a person will  get a raise.

As each year continues to unfold, the mood of employees sours and they seem to become worried and agitated.      We hear people at our places of employment say things like, "everyone got a raise of $1.00".  These wage increases are not the same as an employee getting a raise.  The raises received by everyone at once is best referred to a cost of living increase. These raises are often only 1% to 3.5% higher.  Cost of living increase allows an individual to keep with inflation.

There are other ways to make money besides a job. Today, it is imperative for people to have other sources of income besides a job. One of these methods is investing in the stock market in entities that pay dividends, interest, or distributions. When an investor buys a stock, REIT, trust etc. that pays shareholders or unit holders a share of profits on monthly, quarterly, semi-annually or annually. For example, a company grows year in year our and therefore the amount of earnings is increased.  The shareholder or unit holder is rewarded with a dividend increase due to the ever increasing profits generated through business activities. 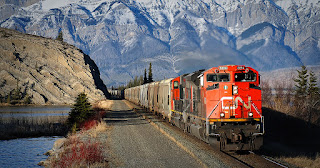 On of these companies reported earnings on January 23 2018.  The actual company is Canadian Natural Railway. Canadian National Railway trades on both the Toronto Stock Exchange under ticker symbol CNR.TO and on the New York Stock Exchange under the symbol of CNI.  The company transports goods across its network that serves 3 coasts.  The 3 coasts are west coast of British Columbia, the east coast via the ports of Halifax and Montreal, and the gulf coast of the United States.

With the release of the quarterly and annual earnings on January 23, 2018, CN Rail awarded their shareholders with a dividend increase of 10 percent.  The dividend was increased from $1.65 to $1.82 annually.

Depending on the trading instruments used, the loss can exceed your initial investment or outlay of capital.  Every individual should do their due diligence to make their own financial decisions based on their financial situation and tolerance for risk.

The cost of living keeps going up.  We are faced with increase prices on everything from access to the internet, groceries, restaurants, electricity and our phones.  Some Canadians living in certain provinces have a carbon tax that is either new or has been increase.  In Alberta they initiated a carbon tax on January 1 2017 at $20 per tonne.  On January 1 2018 is was raised to $30 a tonne.  This represents a 50% income in the carbon tax and people have to pay GST on their purchases which include the GST on the final price of the product or service plus the carbon tax.  That's right! Paying tax on tax.
The other major increase in the cost of living is raising the minimum wage. The NDP government of Alberta said they will raise the minimum wage in Alberta to $15.  They won the last election so they implanted this promise.  On October 1 2017, the minimum wage in Alberta was increase from $12.20 to $13.60. What happens when the minimum wage is increased?  The price of almost everything has increased.  Alberta is set to raise their minimum wage to $15.00 on October 1 2017.  Any workers that were getting paid close to the new minimum wage, want an increase to the hourly rate.
People thought Alberta raising the minimum wage by that amount was bad. People complained that businesses had to reduce hours and staff.

Businesses knew in Ontario changes were coming on January 1 2018.  The Ontario government raised the minimum wage in Ontario from $11.60 to $14.00 on January 1 2018. That represents an increase of 20.7%.  Have you ever heard of someone getting a 20.7% increase in their pay in on setting?
People who work at Tim Horton's often start off working at minimum wage. In my hometown, a former supervisor at Tim Horton's told me she made $0.50 more an hour then the regular workers.
Tim Horton's is a chain of fast food restaurants that started off with one coffee and donut shop in 1964. Tim Horton's is named after it's founder Tim Horton, who was a player for the NHL team Toronto Maple Leafs.  Although the company started just as a coffee and donut restaurant, the business model changed over the years to include things such as breakfast sandwiches, muffins, sandwiches etc. Tim Horton took on investor / partner in the first year who was Ron Joyce. Ron Joyce was a policeman in Hamilton at that time.  A few years later, Tim Horton was killed in a car crash.  Tim Hortons continued to expand the number of restaurants by franchising.
Tim Hortons was sold to Wendy's Restaurants in 1995 with Ron Joyce becoming the largest shareholder of Wendy's.  If you live in Canada, you have likely seen Tim Horton's and Wendy's operating independently under the same roof.  Around 2005-2006 , Tim Horton's once again became a stand alone company. In Dec 2014, Tim Hortons became part of the new formed company called Restaurant Brands International. At that time, The 2 companies that were part of this new formed company was Tim Horton's and Burger King.
Do people who work at Tim Horton's actually work for Tim Horton's?  If a person works at a franchise restaurant, they work for the franchisee under a company that could be called something such as "ABC Investments ".

Why is Tim Horton's in the news recently.  On January 1, the province of Ontario raised the minimum wage from $11.60 to $14.00.  Two franchisees that own 2 stores together in Coburg, Ontario have been rumored to sent a notice to the employees of their 2 restaurants that their breaks will no longer be paid and that they will have to pay more for their benefits.  People who have worked for 6 months to 5 years will have to pay 75% of their costs of benefits.  People who have 5 years or more will have to pay 50% of their costs of benefits.  The workers are suppose to sign this letter to acknowledge that were informed of these changes.   It has since been verified that this letter of notice is true.
The misconception people have is that when a company pays say $10 per hour, that it costs the company $10 per hour.  This is not the case.  Employers have to pay taxes and Worker's compensation fees on top of that.  Therefore, roughly is would cost the employer more like $13.50 per hour.
The reason that is such big news is that the 2 franchisees are Ron Joyce Jr and Jeri-Lyn Horton-Joyce.  Ron Joyce is known to be a cofounder of Tim Horton's over the many years.  Ron Joyce Jr and Jeri-Lyn Horton-Joyce are the son of Ron Joyce and daughter of Tim Horton. These 2 people are believed to be married to each other.
People seem to be placing the blame on Tim Hortons and saying they will boycott them.  The parent company said they do not get involved in the employment matters and that is the responsibility of the franchisee.  These 2 franchisees stated in their letters to the employees that their actions is due to the large wage increase and receiving no help from the Ontario government or Tim Horton's.  Tim Horton's do not want to raise their prices to help with this.
These franchisees and other franchisees have complained to their franchisor that they are being squeezed.  With these 2 franchisees being the son and daughter of the Ron Joyce and Tim Horton, some people believe they are using this has a way to send a message to the Ontario government and Tim Horton's.

Why Are They Getting Squeezed?

The franchisees must by a lot of their products from Tim Horton's directly which is apart of their agreement.  This cost along with the cost of getting the product to their restaurants seems to be increasing.
Personally, I believe the service is the major issue.  Over the past several years, I have noticed the service has gone down.  An example is the lineups not moving fast enough and orders getting mixed up. This did not happen years ago.
Could it be the workers get mixed up as the restaurants keep increasing their product offerings. So, if the restaurants operate better people will be more apt to eat there more.

Do you agree what the actions of the 2 franchisees?

Disclosure: Currently a shareholder of Restaurant Brands International and held shares of Tim Horton's when it was a stand alone public company.
DISCLAIMER


I am not a financial planner, financial advisor, accountant or tax attorney. The information on this blog represents my own thoughts and opinions and should NOT be taken as investment or business advice.

Depending on the trading instruments used, the loss can exceed your initial investment or outlay of capital.  Every individual should do their due diligence to make their own financial decisions based on their financial situation and tolerance for risk.

Posted by Investing Pursuits at 2:15 PM No comments:

The month of Dec 2017 is another month of dividend income landing in my accounts. This money is used to help pay my expenses if it is needed. If the money is not needed, it is ALL used to purchase new investments to further increase my cash flow.

I received a total of $268.01 in dividend income for the month of December 2017.  This represents a 13.76 % increase from 3 months ago and 1.795% decrease year over year.  Cominar REIT had 2 distribution payments in December, which were the middle of the month and on the 29th of December.  Cominar REIT will not have a distribution payment in middle of January and will return to normal mid month payments in February.

I received $59.05 from option premiums within my investment accounts in December 2017.

How was your dividend income for December 2017? 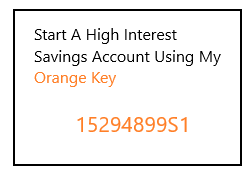